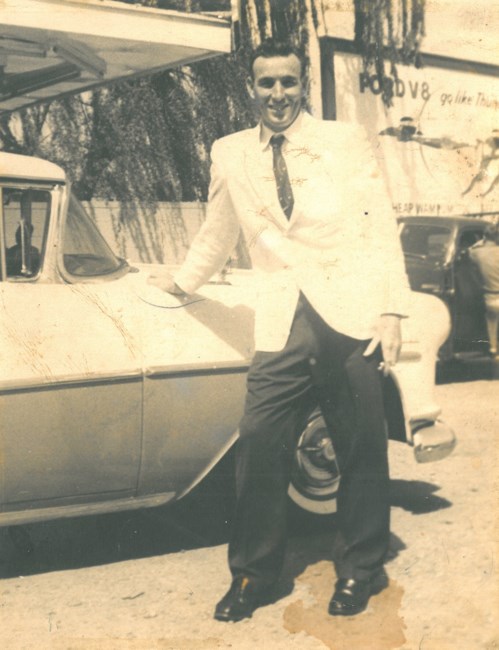 After Mr. McMillan finishes his tour of duty in 1952 he met Hazel Boothe and they married on July 5, 1952 and to this union two children were born Rhonda Paley and Michael McMillan. They were happily married until her death in 2013.
His vocation was machinist and a truck driver.
Mr. McMillan was a man of faith and after moving to Texas joined a Church of God of prophecy on the east end under direction of Rev. Lewis Howton and his wife Marie and later followed him to a small church on north side Oak Glen church of God of Prophecy as charter members and later was pastored by Randy and Dionie Tolman at the same location. Later in life he moved to two different churches after the church was assumed by Spanish speaking pastors. (He didn't speak Spanish.)
Mr. McMillan loved people and liked to socialize with church members, neighbors, or anyone he ran into shopping and elsewhere. He loved these people and had friends at two churches he attended in the last seven years.
Mr. McMillan succumbed to the complications of the dreaded Covid 19 flu on Saturday, November 28, 2020 at HCA Northwest. He was a fighter and he fought right to the end calling his son to say he was dying even though the medical personnel said otherwise.
He leaves to mourn his passing his sister and family Ann, his dutiful and loving son and daughter in law, Michael and Staci McMillan and daughter Rhonda as well as his grandchildren. They are as follows: Kevin Paley, Marcus Paley, Brandy Parcells; Grandkids, Michael McMillan Jr., Morgan Draper Paley, Heaven Hazel, Mackenzie Paley, Angel Hazel, Madison Paley; Special God son, Brian Sanders; as well as his Saturday breakfast buddies: Brian and Bo Howton.
His great grandchildren are Kaden James Paley. His mother Tia Paley, Harlee McMillan, Chloe Contreras, and Darren Baker.
Mr. McMillan also leaves his sister in law Patricia Boothe and her children Candy, Sandy, and Randy, and their extended family.
He further leaves a host of unnamed church family, friends, and significant others. He loved life and all the above named and more.
The family wishes to Thank You all who posted their condolences on FaceBook, visited, or called.